This is how Mexico will experience the reopening of its hotels 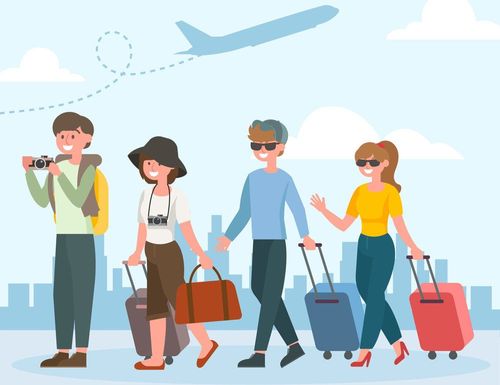 We have previously talked about some measures that will need to be implemented in hotels in Mexico once they reopen. Today, we finally bring you something more than speculation and suspicion. This is new news that places us before a much closer scenario than we imagined: the tourist reactivation in Mexico. In this article we will share some of the biosecurity plans that different states of the Republic will begin to apply.

Towards a new normal

As part of the economic reactivation plan, the Mexican Ministry of Tourism (SECTUR) is working so that, once the most critical phase of COVID-19 is over, the arrival of national and foreign tourists is allowed. On the one hand, the institution will impose flights of no more than four and a half hours in duration; on the other, for Mexico to position itself before this new "normality" proposed by the Federal Government, destinations such as:

Quintana Roo: the summit of tourism in Mexico

Speaking only of the tourism sector, April and May have been sterile months for the state, due to epidemic conditions. However, the plan to return to the new normal is designed as a way to counteract these effects.

This was joined by the Governor of Quintana Roo, Carlos Joaquín González, who asserted that economic activities will be reactivated from June 1However, he emphasized that the return of the tourism sector should be gradual and will have to be governed by new health protocols.

And, although it is not yet possible to determine details of all the measures, the truth is that these will be implemented as the reactivation proceeds; Furthermore, Joaquín González alluded to the fact that, as is evident, these will affect many operational aspects of hotels, tours, air, sea and land transport.

Of course, Quintana Roo has given a significant certainty: as Spain implemented, hand in hand with the health sector, the certification "Hotels COVID Free", the state and the Mexican Caribbean is promoting new protocols in the tourism market through a Tourism Health Safety certification, to which, they estimate, around 1,100 tourism companies may aspire so far.

Marisol Vanegas Pérez, Secretary of Tourism of Quintana Roo, explained that this procedure will be self-applicable for hotels, through an online system, which is already available from May 15. The application will be reviewed by a technical committee, and this will be able to supervise the registered companies at random. The idea is that this security procedure will soon become a mandatory requirement.

In addition, it urges the responsible use of space on public roads, that is, to follow the healthy distance measures and even the clothing to be used. In this regard, the governor reiterated:

"… stay at home, let's increase hygiene measures to be in real possibilities of returning to the new normal, which … It will allow us to gradually return to economic activities and for families to recover from the severe economic depression ”.

And, if you were wondering, it is now possible to consult the georeferencing of high contagion areas in Cancun.

The outlook in Los Cabos is similar to that of Quintana Roo, at least in terms of the reopening date: on June 1, the hotel industry will open its doors again, but only in a percentage of the 40%. Rodrigo Esponda, director of the Los Cabos Tourism Board, stated that the other 60% will be incorporated at the end of the year, with the arrival of the holiday season. This, with the intention that this commercial reincorporation is carried out gradually. What else is noteworthy about this destination, in terms of the actions they will take soon?

Regarding the plans of governments to provide hotels with a certificate that guarantees the safety of the spaces, Chiapas is not far behind, since it recently launched the Quality Certification Program, called “Clean Contact Seal Chiapas”.

This strategy to reactivate tourism was promoted by the governor, Rutilio Escandón Cadenas. It is an agreement where different Secretariats collaborate: Tourism, Health and Civil Protection.

The authorities assured that, due to the good behavior of the population, several municipalities that are exempt from contagion will begin to re-establish economic and educational activities.

How is this program going to operate? Certification is free and for now it is available for hotels, travel agencies, salons, tour operators, among other establishments. Also:

These are just some of the destinations that have partially communicated their action plan to address the reopening of tourism. We invite you to stay abreast of the regulatory guidelines for tourist security in Mexico, because very soon we will have more clear the ABC of how to operate.

Meanwhile, don't forget that you have an ally: you can count on our team of Gurus and be sure of having the best hotel technology to increase your reservations and optimize your resources.