GuruHotel and KAYAK: we help those who take care of ours 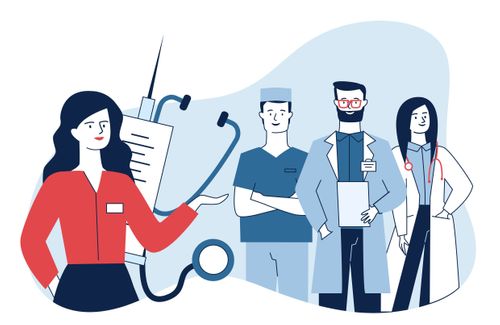 In Mexico, the reopening of hotels is already a reality by official decree of the Federal Government, after having been inactive for around 2 months.

This June, the hotel industry begins its activities gradually and, of course, under the necessary biosecurity measures.

Today, GuruHotel celebrates it by joining GuruCare, a cause focused on giving back to health professionals who, day after day, are striving to care for and advance patients with COVID-19 in Mexico.

This is the campaign promoted by the KAYAK metasearch engine, which consists of giving recognition to medical personnel, for their tireless work and for their courage, in exposing themselves in the care of the population.

What is the GuruHotel promotion on KAYAK?

In the event that doctors and health sector personnel need to travel or stay in a hotel due to its proximity to the place of work, or even for reasons of safety and care of their relatives, they will be able to find in the Kayak mini-site a whole series of offers and discounts that participating providers make available to you. In addition to GuruHotel, with its more than 70 participating hotels, you will find suppliers in the sector such as Europcar, Aeromar, Viva Aerobús and AirBnb.

Likewise, the campaign is aimed at other categories of professionals who are playing a very important role during these contingency months: public servants, security officers and personnel in charge of emergency services. But that's not all: people dedicated to telecommunications and freight transport services can also access these benefits, as well as the foreigners who have not yet been able to return to their country of origin.

The operation is very simple: if you belong to any of the aforementioned groups and want to enjoy these benefits that GuruHotel brings for you, visit our page, where you will find a coupon code created especially for this campaign, with which you can get a 10% discount on your reservation at one of our hotels.

The invitation is twofold

We mention the categories of professionals that GuruHotel and its allies want to help with this initiative. And we want to open the invitation for more hotels to join the campaign. If you have a hotel, or an independent hotel group, and you want to join the GuruCare campaign and take advantage of the technological advantage of being part of GuruHotel, send us an email to [email protected] or register at our page, and our team of gurus will be able to advise you on all the advantages of joining our digital hotel community.

Don't be left behind

Don't you belong to the health sector? Are you interested in enjoying a benefit on your next vacation? Weeks ago we launched the campaign Save Indie Hotels, a GuruHotel program designed to support independent hoteliers in Mexico and other regions of Latin America.

Remember that Save Indie Hotels it is still active and has had a very good reception in the community of independent hoteliers and in the general public who have wanted to join and offer their support. In this case, in addition to contributing to the recovery of the hotel industry during these months of lockdown, we want to cooperate with the medical personnel busy in the battle against COVID-19, donating the 10% of the value of gift cards that travelers want to purchase for their next trips, to the purchase of masks for public hospitals in Mexico. So far, you have the possibility to choose between 70 participating hotels, so you can go to the campaign website and understand how to put your grain of sand.

Do not forget that the mission of GuruHotel is to be a key ally for the growth and digitization of independent hotels in Mexico and Latin America and, through this space, we commit to inform you about each relevant initiative for the sector and each news that may help you prosper, getting through these difficult times in the best way possible.

We continue to believe that united we will be stronger and it is time to show it. Join the campaign GuruCare so that this chain of favors expands and reaches more beneficiaries and more sectors of the population.